For yesterday’s flight home, I got a (rear facing) window seat – and now that we’re allowed to use “electronic devices” throughout the flight, I was able to take photos during take-off and landing. So a nice comparison of England and Florida landscapes: 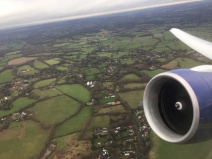 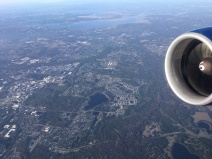 And with that, my England trip is complete.

Back to my favorite English seaside town today, walking with my Dad in quite epic weather; the skies varied between bright sun and deep cloud, the wind came up and blew rain hard, and it all calmed down again! Quite enjoyable and made for some great photos! 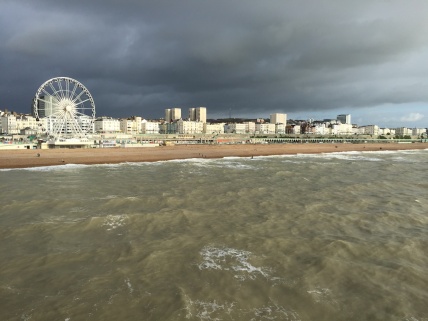 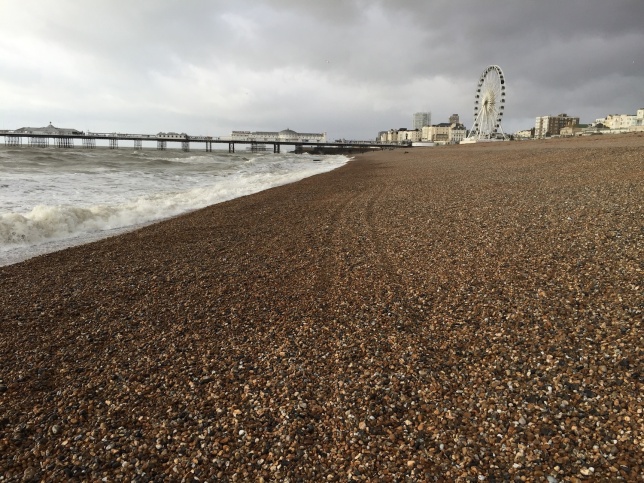 Driving south from Newcastle yesterday, I met more and more traffic (Friday evening so no surprise) and eventually abandoned my route when I hit the end of stopped traffic on the A46 heading to Bath (I’d guess it would have been a couple hours to do the less than 20 miles). So I asked Tom Tom for the nearest hotel and it found a winding single car width back road that led me to expensive but fabulous Manor House Hotel in Castle Coomb (for my American friends, this manor was originally built starting in the 1300s – older than USA!) 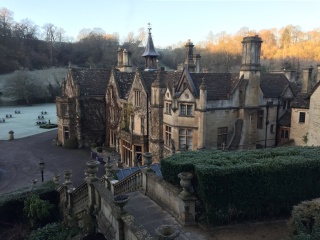 This morning with frost everywhere but no cold wind I took a walk around the village (and discovered how tiny it is, end to end is less than half a mile!): 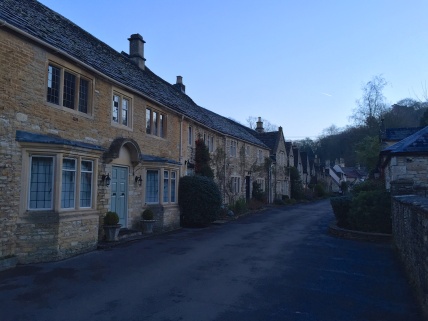 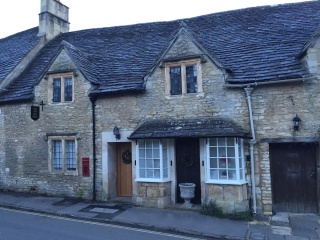 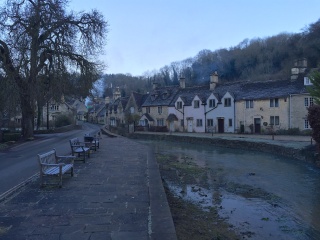