Back from our British Invasion weekend in Stowe. Drove a total of 583 miles – including an AMAZING 100 mile round-trip to nowhere planned and led by Jason Ross (“snid” on MINI2) who lives in the area and clearly knows it very well! Thank you again Jason! And I hope you find new employment soon (he was one of the many people recently laid off by IBM).
We arrived in Stowe at 5:30pm Friday evening, collected our registration package (which included a red coolbag gift) and checked in to the Olde England Inne, directly opposite the show field. Hurricane Isabel remained quite kind, with only light rain during our drive up.
Saturday morning I got up at 8, and spent half an hour wiping all the dirt off GBMINI before meeting Jason, and driving with him onto the show field, where I also met Keith (mudbud) on MINI2). 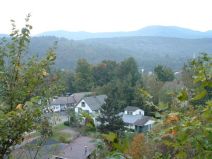 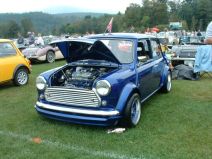 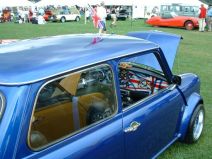 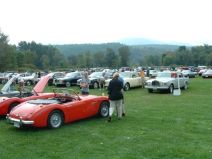 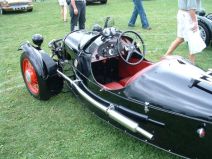 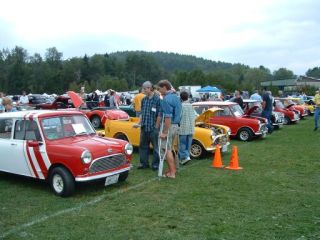 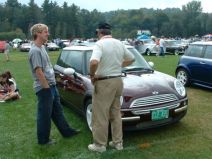 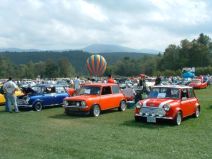 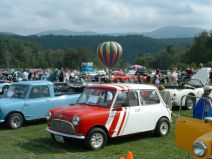 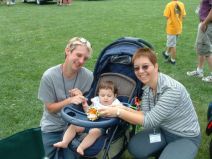 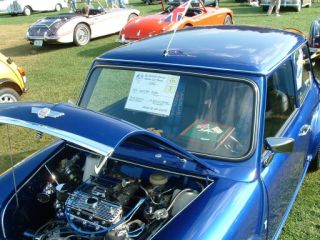 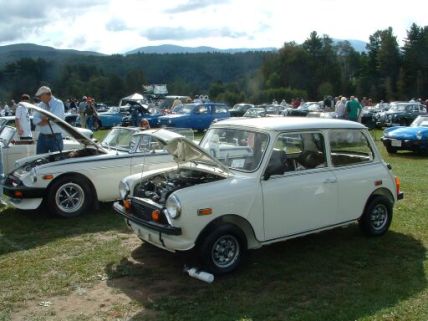 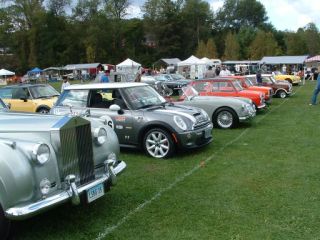 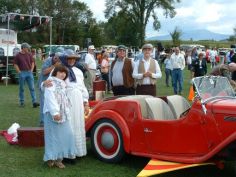 In total there were 8 or 9 new MINIs – but none of us got any prize! People still prefer the old Minis I guess (maybe next year we will get our own class). There was a long delay with the award giving on Saturday afternoon, so four of us left the show field early; we followed Jason on the 100 mile loop drive which, including scenic stops and a short walk on (a very small part of) “The Long Trail”, got us back to Stowe at 7:30pm. 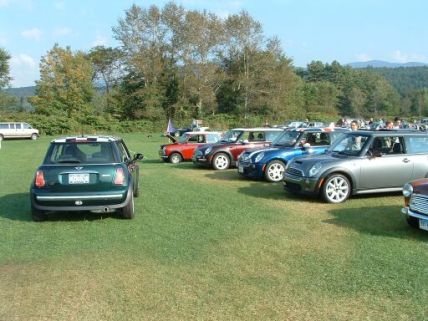 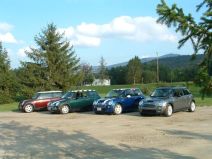 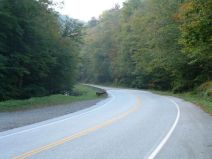 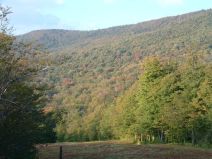 After that we all enjoyed a great Thai dinner at “Red Basil” in Stowe, then headed our separate ways.

This morning Margaret & I left the Inne and followed route 100 south, down through Woodstock before joining the Interstate. Including many scenic stops and dinner, it took us 8 hours to drive the 240 miles home! 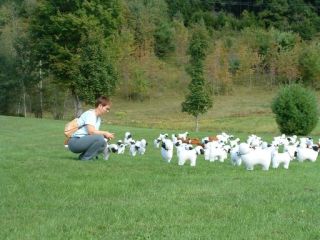 GBMINI claims 34.5mpg at an average 47.8mph … but the mpg estimate is always overconfident; I guess 31-32mpg but after filling in Stowe this morning and driving home, I am still at half a tank!