It’s a curious collection of stuff being handed out at MTTS this year – starting with the bag itself which is supposed to be made from recycled MINI posters! 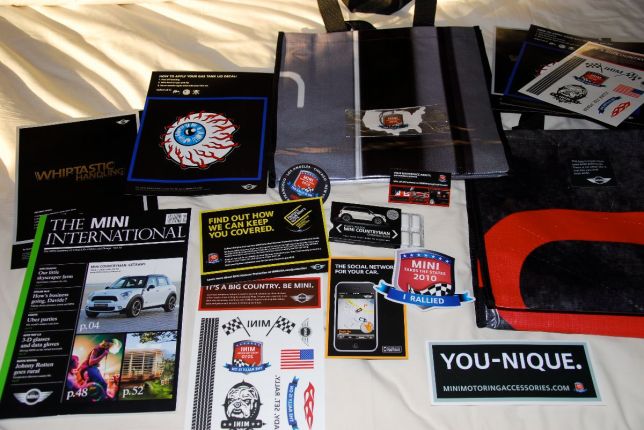 In addition to the large pin above, MINI are giving out a small pin at each overnight stop – I bet there will be some eBay selling for folks trying to collect the full set!

There’s also some nice purchasable stuff, including a metal plaque like the MTTS’06 one, and some better quality shirts (pics some other time!)

Today, we drove to Grand Junction … many MINIs have already left Salt Lake City for the Bonneville Salt Flats, but when it emerged that it will be a parade, led at a limited speed, and not a “free for all” – along with the issue of salt all over and under the car, and the fact that it’s a three hour detour, we chose not to go! Maybe they will let the MINIs get to 70mph, but I can legally go faster than that in Utah!
So instead we’re heading straight to Grand Junction, and more scenery!