After seeing the Clubman demo car last month, and reviewing the huge amount of technology now available in the latest MINI design, it became clear that it was ordering time again …

My next MINI will look similar to the demo, some good photos here courtesy of Pedro: 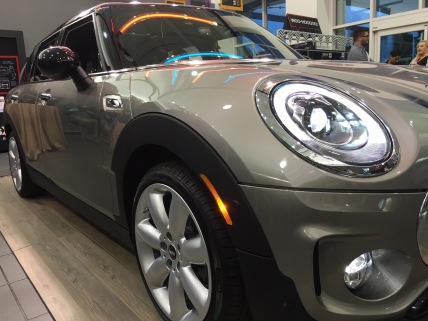 The interior tech is getting ever closer to the BMW X3 I once owned, though the MINI’s looks are much better (and yes I know there’s at least one person who doesn’t agree, but that’s ok!)

The downside of all that available technology (including wide screen navigation, head-up display, power seats, and “driver assist”) is the price tag; at almost $40,000, the most expensive MINI I’ve ever ordered!

And as of today, I have a production number so that tracking can begin, although, the MINIUSA website doesn’t seem to fully understand the new Clubman – see the blank “model description”: 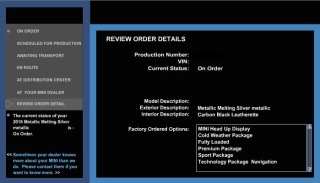 I suppose this will eventually be GBMINI#8 (expecting to take delivery some time in late January) ..