The West Orange Trail nearby runs where once were railroad tracks that ran east / west across Florida, as well as further destinations – transporting oranges and people to the north cities, for example, in the late 1800s through to mid 1900s. Here’s a partial map from about 100 years ago (from Wikipedia):

There must have been two tracks at one time, and they ran right through what is now the center of Winter Garden; here’s a picture from 100 years ago, and Google Street View from today – the two buildings on the right are the same (though they serve different purposes now!):

A couple of miles west of this view, there’s a place where one set of railroad tracks must have been abandoned long ago; trees grew up between and eventually over them, so that when the route was converted to a trail, these tracks were left (rather than killing the trees) – I took some photos today: 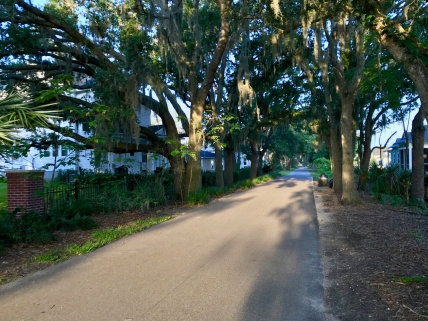 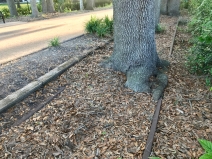