There’s a business in downtown Winter Garden called Birket Engineering; they promote that they’ve done work for Disney, and other things … they are located in a building that long ago was a vehicle / tractor garage, and they do have a photo on display from those times. I took a photo now where it’s clearly the same building: 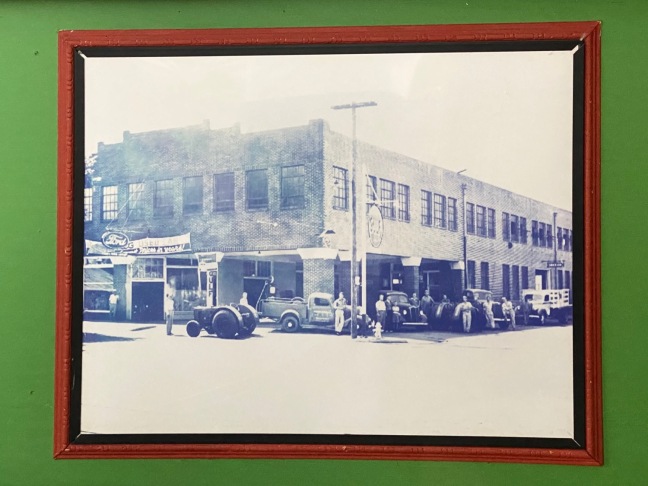 The display window front right has a model rail track, along with photos of their business; children (and adults!) can “play” with the trains by triggering them to start running – so long as the setup is working (for an engineering company, they’re not so great at keeping it running!): 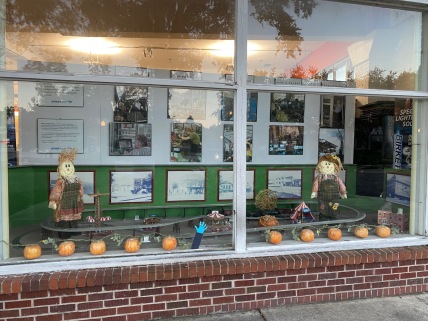 Also neat, in the windows above and near the entrance are two “old world style” etched panels for Birket Engineering, and Frank Mifkovic:

A document on their website describes Frank: “1988. Frank begins work as the fifth employee at a newly formed company with the task of creating an electrical assembly and installation facility from the ground up. In a shop with no employees, no equip- ment, and 5,000 sq.ft. of empty space, the ride control installation of Epcot’s Norway Pavilion would begin
in six months. Frank was immediately cast to wear all the production hats of hiring, procurement, assembly, quality control, installation supervision, and field test & adjust. Norway opened as scheduled, as have the follow- ing 100+ Birket projects with Frank’s production leadership.
Prior to Birket Engineering, Frank worked for eleven years with then Walt Disney Production’s MAPO in California.”