With four Disney parks nearby, and an annual pass, we rarely go to Seaworld (even more rare to Universal); but a trip to Discovery Cove earlier this year gave free entry to Seaworld for a few months, so we went this past weekend to see what they do for Christmas – and we were impressed!
First stop was the Clyde & Seamore sealion show. It was closed when we visited for Halloween and now we know why; it was re-themed for Christmas with different colors, lights, etc (and a Santa themed story)! Next was O Wondrous Night, with nativity story, carols, and real animals! 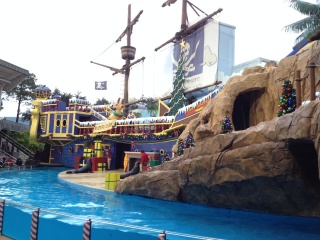 Later, we watched the Sea Of Trees, more than 100 Christmas trees with animated lighting synchronized to music and able to show detailed images (including Shamu!), finishing the evening with fireworks over the water – pretty! 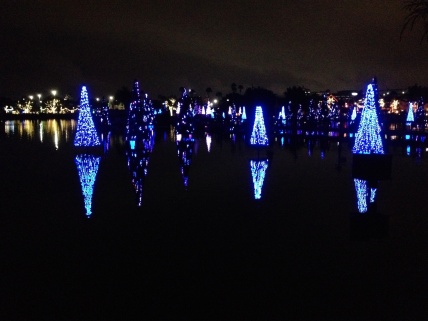 Of course I would claim that Disney is “king of the parks” – at Magic Kingdom there are regular Mickey’s Very Merry Christmas Party events as Christmas approaches. Unlike Seaworld, these are additional cost (about $60 each); one justification is that the park is quieter as the tickets are restricted, but we arrived to big crowds with hardly a chance to see the Christmas themed parade! Later on, the Magic Kingdom fireworks were very different to normal, enhanced for the special evening – but again crowds left us with a tree-obstructed view some of the time … 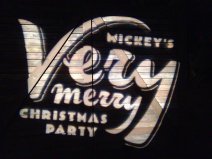 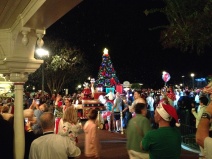 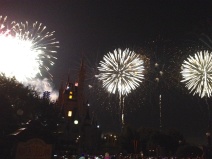 It was noticeably quiet in other areas of the park; we were able to enjoy all three Mountains (Space, Splash, Thunder), Haunted Mansion, Pirates of the Caribbean, and even Ariel’s Journey of the Little Mermaid, with queues no more than a few minutes (and sometimes, just the time taken to walk the length of the empty queue area).

Apart from the shorter queues, and the very nice “free” Cocoa, there was little to distinguish Magic Kingdom; no real Christmas theming on the rides, and minimal theming elsewhere except the lights on Main Street. So really, we were paying a premium for shorter queues. Maybe that’s enough justification, but it did leave me thinking that Disney is less “magical” than it is supposed to be; and more impressed with Seaworld than I was previously.

For Margaret’s birthday this year, we spent the (hot, sunny) day at Discovery Cove, including some underwater time with SeaVenture, which is sort of “scuba with no skill”.
They let us borrow a good quality underwater camera (in return for paying for the photo CD of course) and we got some nice pictures … 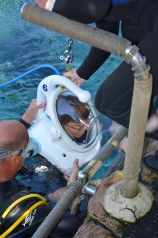 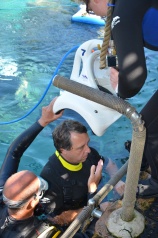 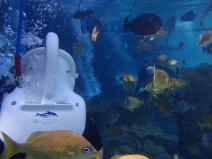 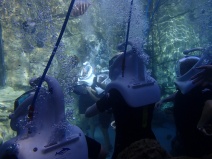 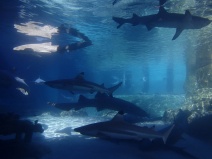 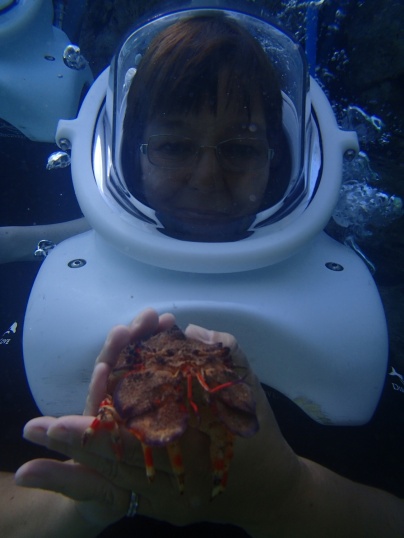 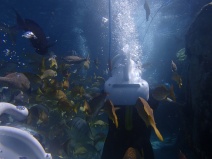 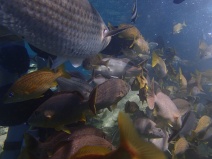 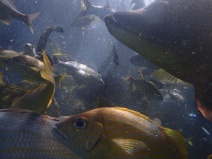 The day was busy, very entertaining, and quite exhausting! Discovery Cove is an expensive trip, but the ($150 each) admission did include all food & drinks, including a reasonable choice and breakfast and lunch items. SeaVenture costs more, but the “lazy river” ride, pools, sand “beaches” and snorkeling with fish and rays was all included in the basic price. We did not choose to pay to go in with the Dolphins (having done it more one-on-one in Las Vegas), but we sat nearby and watched them play, anyway!

Today, Margaret & Joanne were keen to go on a helicopter flight from Kissimmee, which takes you up to get partial views of the various Disney parks – we chose one that also overflew Sea World, and I joined them with camera in hand 🙂 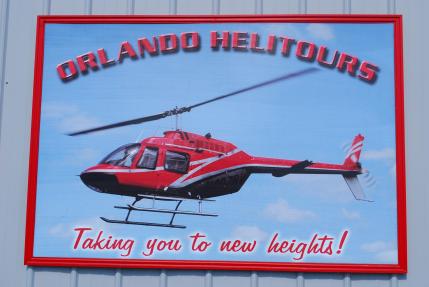 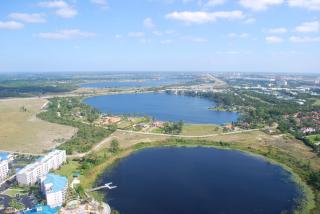 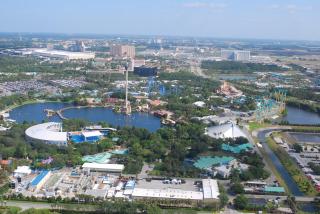 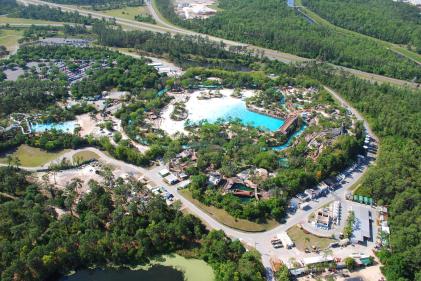 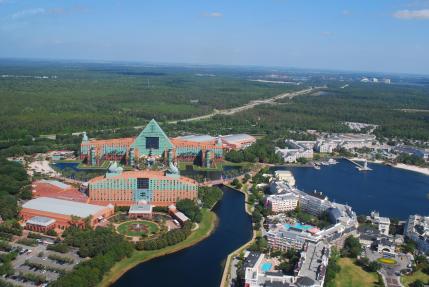 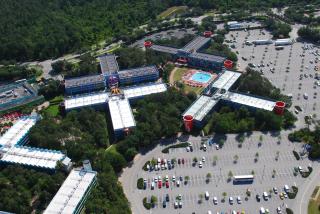 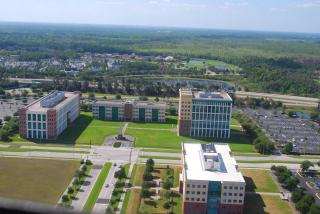 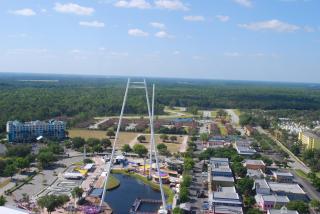