A few other photos, that didn’t seem to fit in the daily posts … here is the La Cucina restaurant which serves Italian food in the evening, but is the VIP breakfast and lunch restaurant; beautiful and quiet, with as many as two wait staff to each table (we never saw more than about five tables occupied, when we were there!): 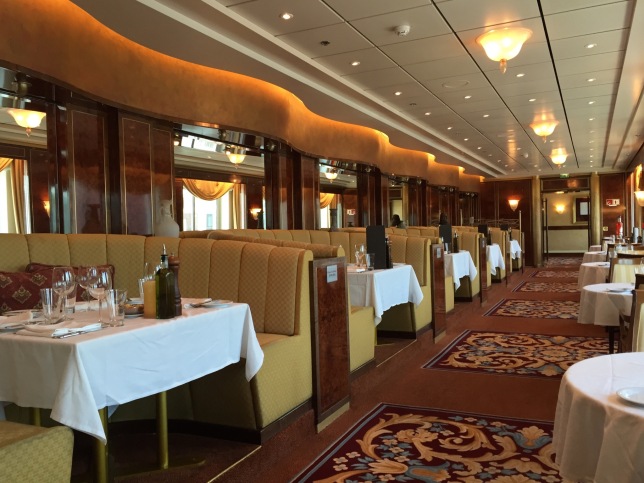 The carpet in the hall to our room is decorated with fish heading the same way as the ship – except for the occasional rebel that is supposed to represent Norwegian, that “cruise different”: 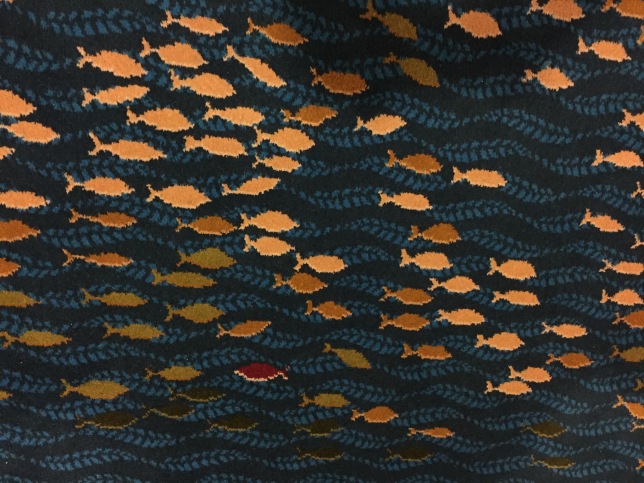 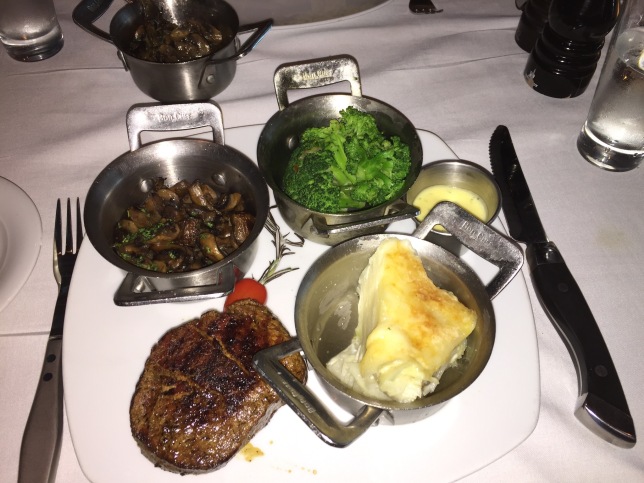 Our of the central areas of the ship: 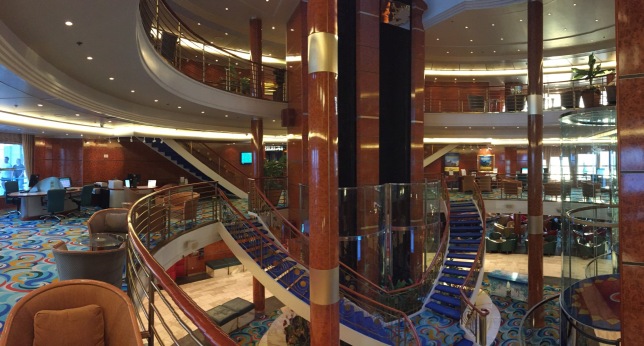 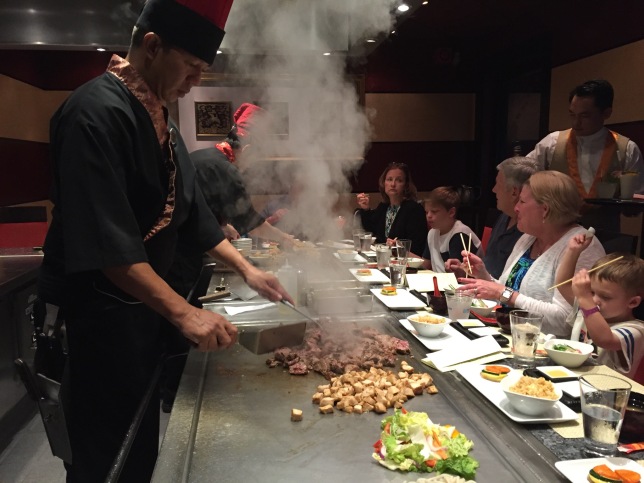 A “towel elephant”; we had a different towel animal every night including a rabbit (it was Easter), frog, pig and bear! 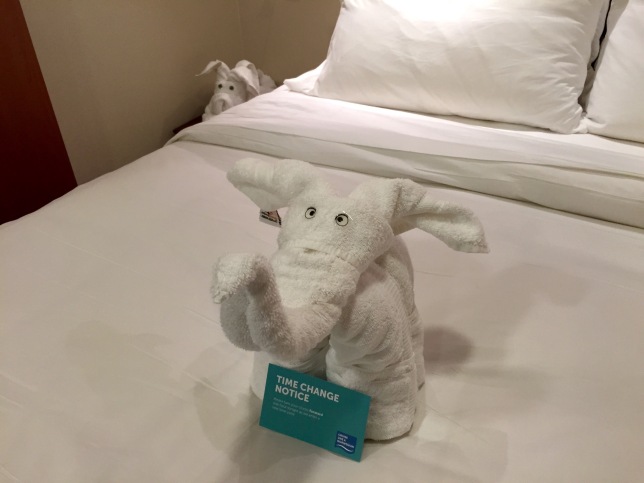 We enjoyed a fruit carving demonstration: 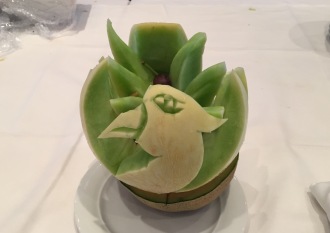 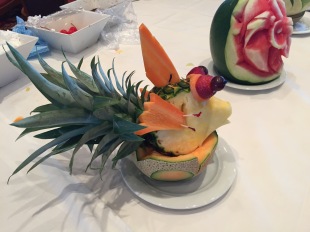 And that’s the end! 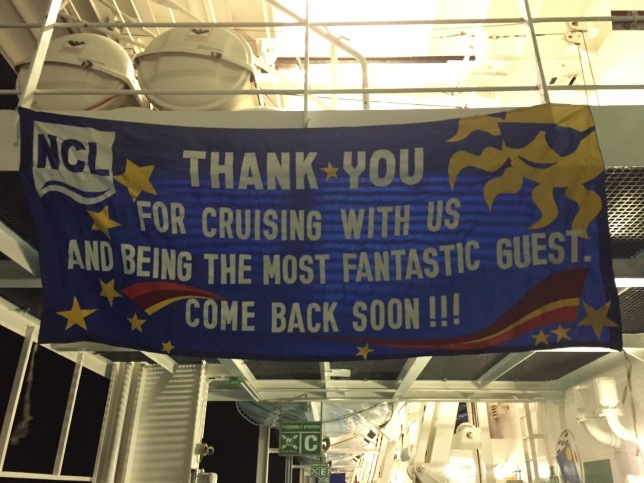 Our second “at sea” day, heading back towards the USA; we managed to get on the Behind The Scenes tour of the ship! First stop, the huge main kitchen that supports the “general” restaurants … Our pre-lunchtime tour meant that a lot of prep work was happening, ready to feed up to a couple thousand people! 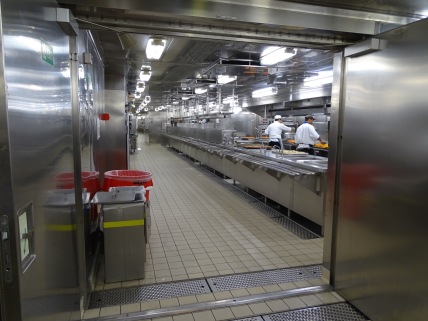 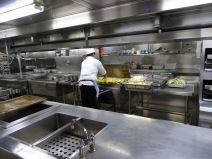 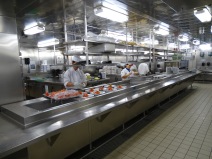 Further “down” in the ship we passed the garbage and sorting areas – a presentation told us that about 98% of the ships garbage is sorted and eventually recycled, often via contracts with specific USA based companies (a label on a massive tank of used cooking oil had the name of the company destined to receive it): 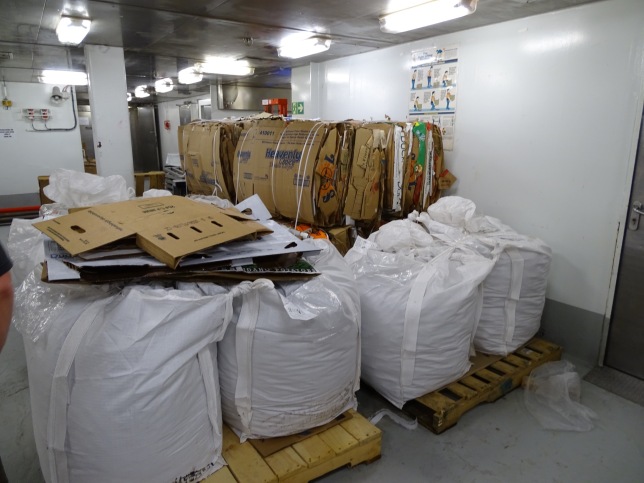 Then on and past the cold stores – this one for ice cream, and there’s still lots in there considering it’s nearly the end of the cruise! 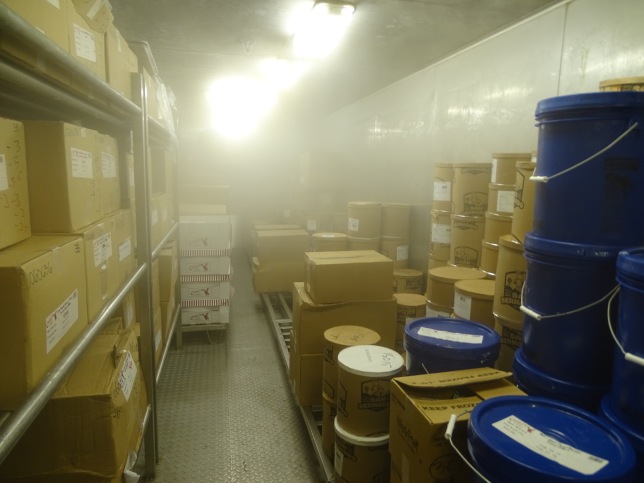 By now well below the waterline, on deck one, we reach the laundry area – central there is a perhaps 20ft square machine that irons and folds bed sheets; two men feed the sheets one by one, and at the other end either nicely folded sheets, or crumpled failures, emerge! I do not want this job … 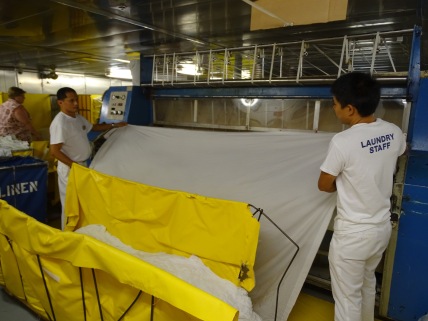 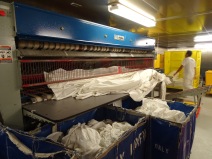 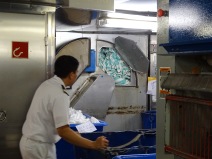 The final part of the tour took us to the bridge (right underneath our stateroom!) which was very blue; I saw the webcam that had been providing views “back home”; we were then shown one of the control stations used to maneuver the ship at port – off to the side of the bridge, with a glass floor view of the sides! 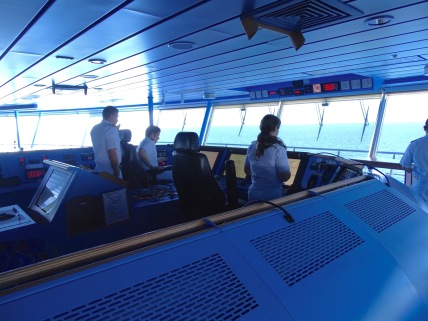 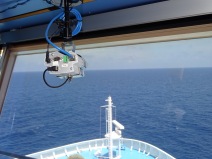 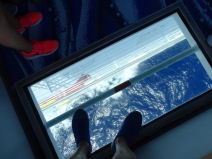 We were told that this the last picture is the Captain’s chair (though unsure if it’s a joke or real!)

Our final port, and seeing MANY other cruise ships we decided to skip our planned trip to a “private island” (which clearly will be very crowded); here’s some of the ships already in port at sunrise. Cozumel, unlike yesterday, is a more typical cruise port – full of hotels, jewelry stores and other tourist trappings; we’ll stay on the ship instead: 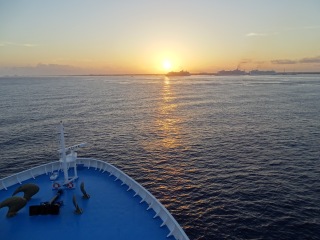 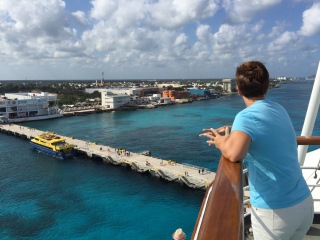 A much bigger Norwegian Cruises ship now joins us, the Epic; it’s taller, longer and carries 4,100 guests, compared to the 1,936 of our Sun … It gets quite close (even closer than this)! From the port you get a good idea of the size difference (we did go ashore for a short while, just to confirm that we didn’t need to go ashore!): 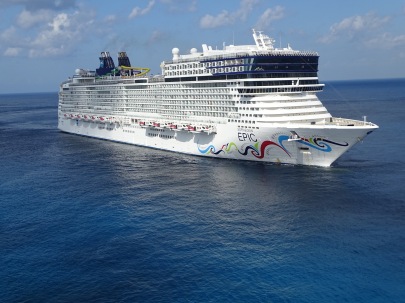 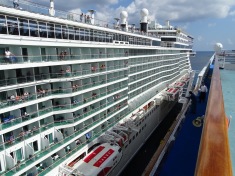 In the evening we went to our only onboard show, a surprisingly entertaining rock music tribute that ended with some of the crew up onstage: 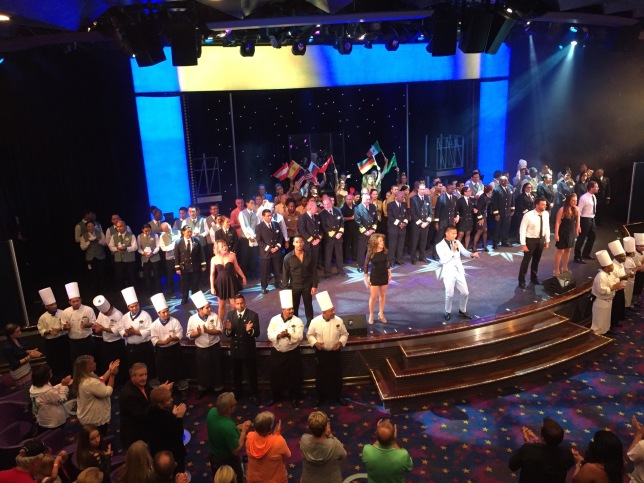